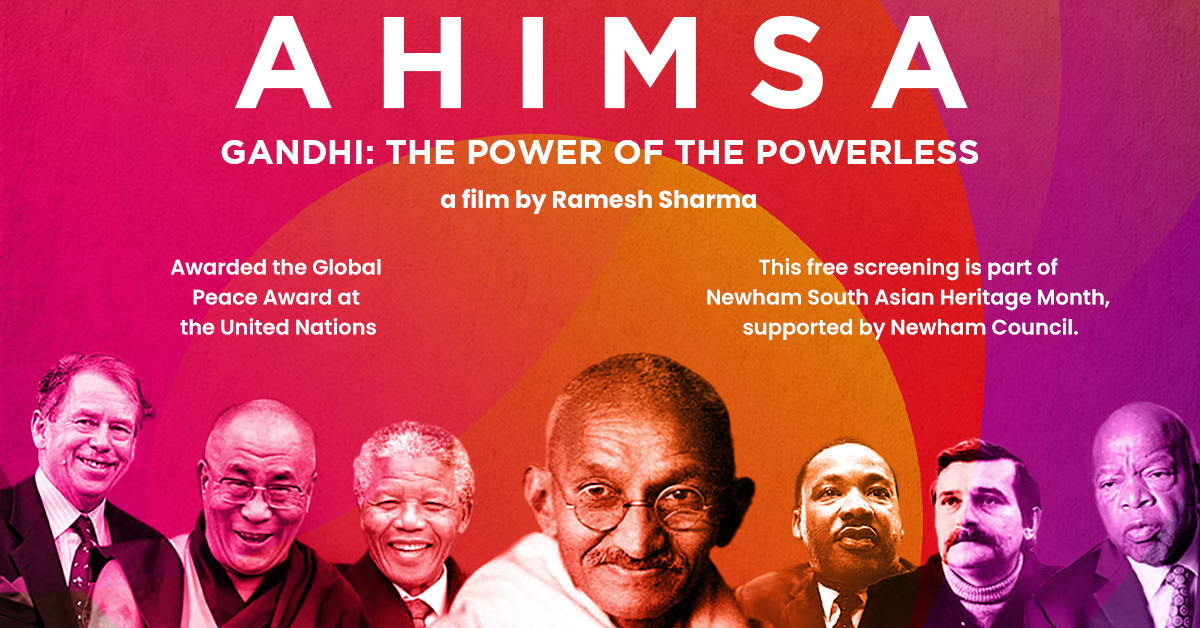 Newham Community Cinema presents an exclusive screening of the award-winning Ahimsa Gandhi: The Power of the Powerless for South Asian Heritage Month, supported by Newham Council and in partnership with UK Asian Film Festival.
‍
The film narrates the impact of the Gandhian message of Non Violence worldwide; how it inspired Martin Luther King Jr. and the Civil Rights Movement in USA, the Solidarity Movement in Poland, The Velvet Revolution of Havel, and the Anti- Apartheid strife in South Africa and Nelson Mandela's fight against injustice, oppression, racism and his struggle to restore basic human rights and dignity for the citizens of his country. In short the film decodes the power of Non Violence and why it remains relevant to this day.

Interviews with world renowned scholars, biographers, as well as close family members of Mahatma Gandhi and Nobel Laureates such as H H The Dalai Lama, Former Polish President Lech Walesa, iconic Civil Right activists such as Congressman John Lewis and Rev James Lawson, this feature documentary, weaves rare archival footage, photographs, inspirational songs, to put together a compelling and powerful narrative of the impact of Ahimsa- Non Violence in some of the seminal political movements of the 20th century and its continuing relevance for contemporary times.