The Sky is Pink 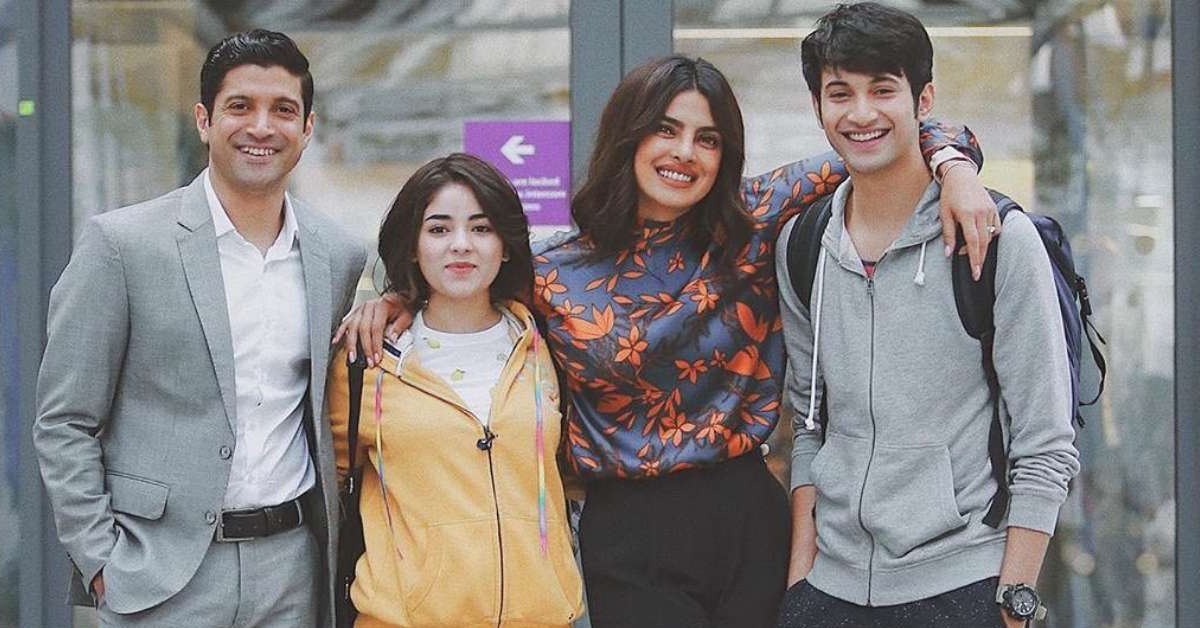 Inspired by a true story, ‘The Sky is Pink’ portrays a young couple who, after the death of their first new-born daughter from a rare immunity disorder, conceive another child only to discover that she is similarly afflicted.

The heartbroken parents give up their jobs and travel to London’s famous Great Ormond Street children’s hospital, the only place that offers hope for their daughter. The generosity of people’s donations fund the expensive treatment that ultimately saves young Aisha Chaudhary [Wasim] and the family eventually moves back home to India. Years pass and all seems well, but the prolonged agony of a child living with a rare disease takes an inevitable toll – not least on the couple’s marriage.

The performances in this film are exceptional, from well-established Jonas and Akhtar to the younger actors playing their children. It is no wonder that they were given a standing ovation at the Toronto Film Festival premiere.

True stories tackled well have a knack of tugging at the heart strings and Bose achieves that with great deftness. The teary-eyed moments are many but there are also plenty that will bring a smile. The coming together of family in a crisis, a sibling bond that just gets stronger in the face of adversity and ultimately the sheer optimism and positivity of someone fighting to overcome a rare and debilitating disease.

Bose’s award-winning streak, last seen in ‘Magarita With a Straw’, seems to be getting only stronger. She deserves all the accolades and more for handling such a difficult subject with just the right sensitivity. Stylistically as well, it was a treat to watch the very sensible ageing techniques used throughout the course of the film to jump through years of timelines. Also, we do get to see a different side of London than portrayed more regularly in Bollywood films. Some of the shots of Old Delhi are clearly an ode to the city by someone who knows it well.

‘The Sky is Pink’ is a must for anyone who enjoys being taken through a whole gamut of emotions while at the cinema. But quite simply, it is just a must see.